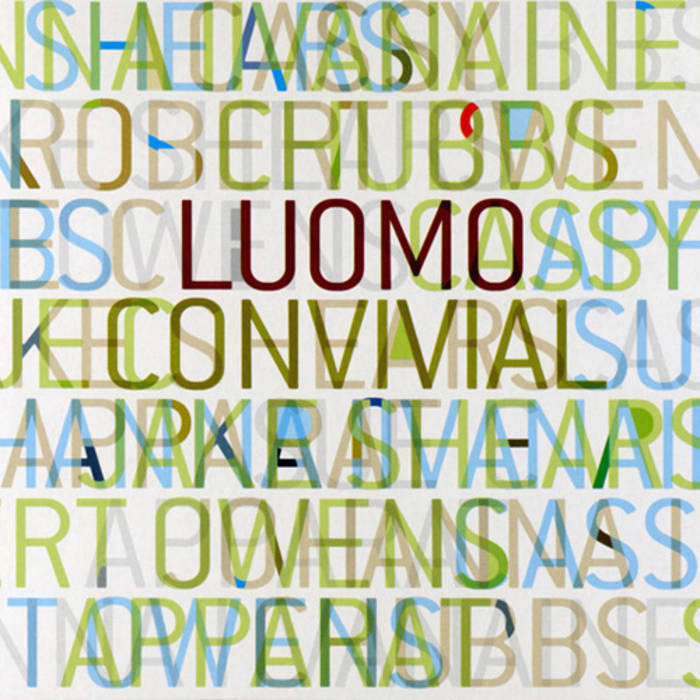 Always a shy man, Ripatti returns into view to introduce to the world “Convivial”; his fourth album as Luomo. For his relief though, this time he doesn’t have to arrive alone. In addition to a long-time collaborator Johanna Iivanainen from Helsinki, this time he lands with a semi-underground star cast; Cassy (Panorama Bar), Sascha Ring (Apparat), Jake Shears (Scissor Sisters), Robert Owens, Sue-C and one anonymous singer who hides behind a name Chubbs.

"The best moments on Convivial transpose that unmistakable air of aching longing onto a broader, less predictable sonic palette. "Gets Along Fine" might ride a familiar wistful bass riff, but the core of its appeal resides in the astonishing combination of bleeping synthesizer and pseudo-African percussion in its chorus, which makes it simultaneously the most aggressive and purely joyous Luomo production to date, the muscular assault of its universalist affection like an embrace so fierce it crushes. The marvel, and perhaps the necessity of the Luomo project, is bound up in the shock of physical intimacy; pleasurable, overwhelming, and at times a little scary. "Am I really feeling this?" "Is it you who is making me feel this way?" Yes, and yes." (Review by Tim Finney, www.pitchfork.com)