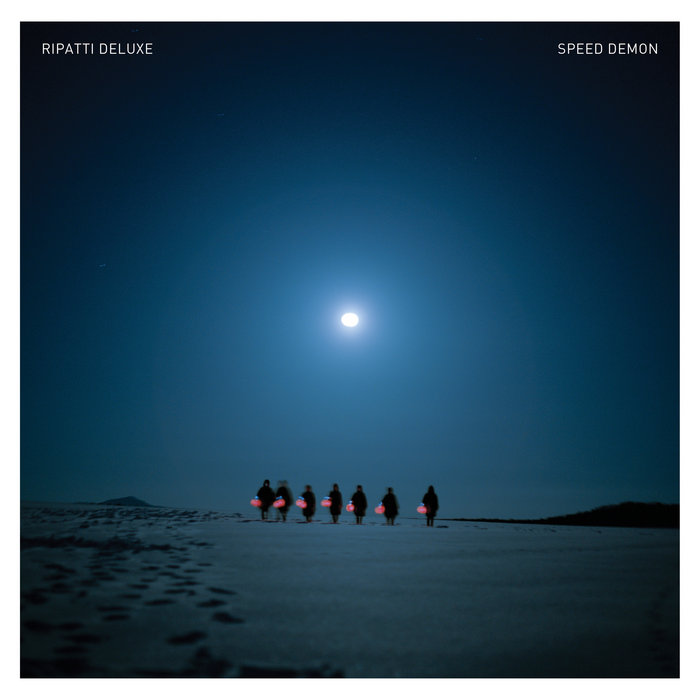 stuakhi29 Wow. This is certainly a great introduction to the new album. Can't wait for the release.

The Finnish word ”raja” has multiple meanings. It could refer to a ”border”, ”limit”, ”boundary”, or even ”capacity” if understood broadly. It feels that ”border” is the first interpretation that comes to mind when the word is met in isolation of additional context. It often includes political energy of some sort. Or perhaps it’s just this particular point in time that leads the mind into such field of thought.
As the Dutch author Rutger Bregman notes in his book Human Kind – A Hopeful History, the real trouble with people began when the first person had the idea of drawing a line on sand and claiming ownership of the area on their side. The concept of physical borders was born.
Naturally, there are mental borders, as well. Think about all the things you shut out because they’re ”not for you”. They are numerous and we do it all the time. The issue is not to stop that, but to recognize when to let new things in, even if they’re not commonplace. Mental borders might often be easier to rewrite than physical ones, but the challenge remains a real one.
That’s where the derivative form ”rajaton” comes to play. By simply adding the ”-ton”, all borders, limits, boundaries and capacities are lifted in an instant. We have something ”borderless” instead, and are thus free to expand our thinking.
One could argue that the word ”rajaton” implies not the removal of borders but instead their very non-existence at large. How will our mind work when the concept of borders doesn’t even enter the conscious thought?
Mental borderlessness is a truly fascinating concept. A maximalist array of opportunities and potential ideas enters the picture – one which is also limitless, unlimited, sans boundaries, and also without a danger of being depleted. It’s an all-existence of multitudes where hierarchy also starts to deteriorate, giving way to a new form of full understanding without judgement.
Music is one fine place for such thinking, especially when thinking about the role of the listener. Occupying a much more active position than is generally recognized, the listener can greatly benefit from borderless thinking, and thus help to enhance the collective perceived significance of any given body of work. When there are no boundaries, the interpretation remains unchained and honest.
Basically it was all already said by the late revolutionary jazz pianist Burton Greene: ”Borders are boring!”

*(1) Why and how did you decide to start your new label?*

I decided to start the label during the deep end of the pandemic, basically when I hit the rock bottom with a loss of work and no real good overview of the future. It felt like a right counterpoint or reaction to what was going on. It also felt like a necessity in my situation, being ready and also willing to take more responsibility and control over my catalogue going forward.

*(2) What would you say is the artistic goal of the label?*

To create a body of work that stands the test of time.

*(3) What are the main inspirations behind ”Speed Demon” and could you tell something about the process of making the music?*

The album is about time and our concept to it, awareness of it, slavery to it, greed, and so on. Observing the world from a farmer’s village pretty far away from everything and probably stuck in some other time of sorts, I can’t help but feel and notice the rush and speed, push and grind, faster pace and push for more results - all that is evident in the world around me via news or when traveling. Personally I’ve gravitated towards the opposite direction which emphasizes further the sometimes exhilarating and sometimes extremely exhausting effect of speed. The theme has been on my mind quite a bit during the past years, the value of time and how to use it.
I randomly stumbled upon some early rave stuff, happy hardcore and other stuff I’d never really heard before, and now I started to hear that stuff through tons of effects, looped and turned upside down. I thought it sounded really inspiring and interesting, and after that things just started rolling naturally.

It could be myself at young age when i literally spent years speeding ahead in various ways. It could be the society and culture at large, it could be the main clock ticking away behind each and everyone. I see and feel its presence around.

*(5) In addition to the first release, what other plans does the label have with regards to releases or any other activities?*