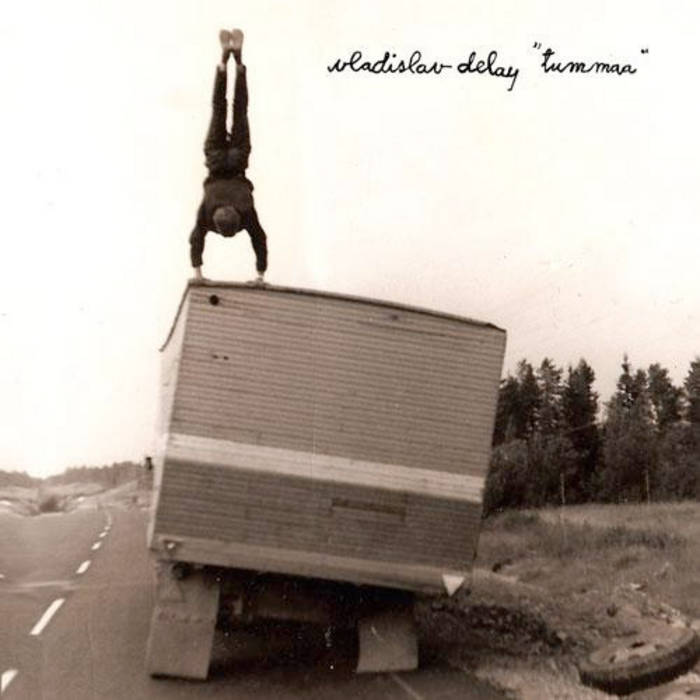 Tummaa essentially features a live trio – Ripatti on percussion, Argentine musician Lucio Capece on clarinet and saxophone, and acclaimed Scottish soundtrack composer and arranger Craig Armstrong on piano and Rhodes (Ripatti previously collaborated with Armstrong on the 1995 album The Dolls, along with Ante Greie). Ripatti set the tone, recording his drum parts and then inviting Capece to his studio to improvise alongside the drums. Armstrong offered recordings of pure solo piano playing he had made for the project. From these two sound sources, Ripatti began composing and arranging, and wrote a whole suite of music. Created during the winter while Ripatti and his family were living on a remote island in the Baltic Sea within the Arctic Circle, he explains that Tummaa means dark or darkness, which reflects the music on the album somehow but also the fact that I worked on the album during ‘kaamos’ time of the year in Finland. Kaamos time really gets dark from December to February where you only have few hours of light per day. I really liked that and the whole winter enormously.

The results are jaw-dropping. Venerated as a master of rhythm and a true artisan of the studio (the photos of his immaculate analogue studio from The Wire’s 2008 cover shoot had gear hounds aquiver) capturing resonant, organic and acoustic sounds and coercing them into unearthly cadences and foreign textures that are unlike anything else – yet irresistibly hypnotic. (His disclosed past as an enthusiast for mind altering substances comes as no surprise). Ripatti’s love of jazz is also never far from the surface. It’s not often you find yourself both dumbfounded and emotionally spent by listening to an album, but Tummaa is a feat of uncommon musical power and magnetic force. Once introduced to Sasu Ripatti’s hypnotic world, you won’t ever want to leave.

Interviews With Butcher Brown and Slauson Malone, plus LP of the week by SAULT.