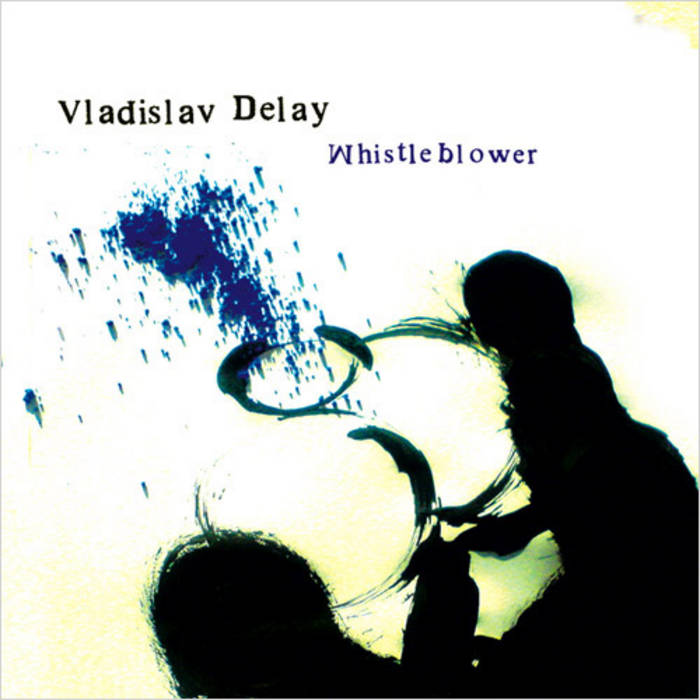 Later albums Ele, Entain, even Anima, are all epics perfect for the late-night comedown. But the music on Whistleblower inaugurates a new era for VD, one where fights finally break out in the chill-out room. Whistleblower is a violent record, a furious howl into the wind of the dancefloor. This is not VD’s break/speed-core record though, it is a logical progression from The Four Quarters, and still in the “prog-space-dub” vein. As such, the familiar broken beats and sublime bass are still there, but overlaid with abrupt, startling noises. Underneath the surface ambience, Blue Velvet-like, lay aggression, unrest, and disorder. Each track contains so much action that its like getting two albums worth in one sitting. The aggressive clanking and buzzing, the rattling chain-gun percussion, and the controlled feedback of “Whistleblower” all add up to an unsteady, stumbling beast of a track, barely-restrained percussive violence around every corner. “Stop Talking” sounds like a bomb ticking down and some lost soul banging on the bars of a jail cell. Sounds whip around the spectrum, sounding like punches landing on warm meat, followed by involuntary exhalations. “Recovery IDea” closes the album out with a frantic, urgent conversation of percussion, babbling over itself, becoming increasingly confusing and aggressive. Easily the most oppressive album that Sasu Ripatti has conjured yet, Whistleblower succeeds on all levels: the visceral, and the cerebral. It is a call to action, and you must answer. (Review by Igloo Magazine)