Fun is Not a Straight Line 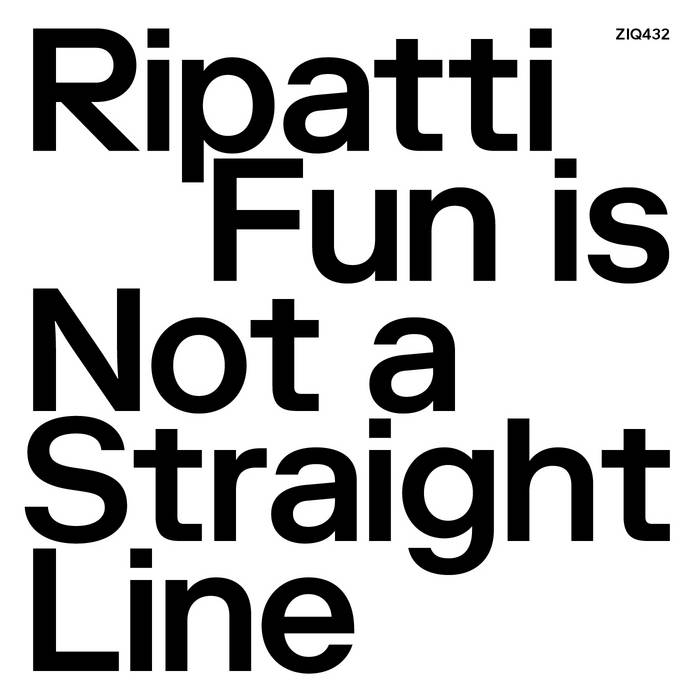 Finnish producer Sasu Ripatti has been torching the fringes of electronic music since the mid 1990s, a process that's found him melting a wide spectrum of musical innovation into his cult brand of experimental minimalism. From the skeletal jazz deconstructions of his 1997 Vladislav Delay debut "The Kind of Blue EP" to the blurred dub techno variations of 2000's "Multila" and 2012's "Kuopio", Ripatti has betrayed a restless, voracious passion for sound. "Fun is Not A Straight Line" builds on this impressive legacy, retaining his sonic signature and adding a playfulness that harks back to his beloved deep house smash, Luomo's "Vocalcity".

After becoming frustrated by the inflexibility of the 4/4 house idiom, Ripatti found solace in rap and bass music's rhythmic complexity and anarchic structures. "I bought Nas's 'Illmatic' when it came out in '94 and have more or less been listening to rap since," he explains. "I'm not really sure why now, but that rap influence wanted to come through." Chopped rap vocals, booming subs and gritty, neck-snapping beats are the primary colors of "Fun is Not A Straight Line", painted into the foreground and blended into an immediately recognizable rhythmic palette.

The tracks cross into the same continuum as Chicago footwork, with stuttering samples that build thick walls of bass and flurries of wordless rhymes amid a narcotic haze of beats. On 'monolith', Ripatti's love of New York rap is in full focus as he obscures chipmunked vocals with tight, crackling percussion that disintegrates into rolling kicks; 'speedmemories' is even more upfront, channeling the raw sunshine energy of So So Def electro into rhythms that are powerfully skeletal. Elsewhere, syrupy Southern-fried TR-808 bass womps are tangled with molasses-slow vocals on 'videophonekitty', fuzzed into textured, dissociated ambience.

Since the beginning, Ripatti has tried to find a balance between his experimental urges and drive to create more universal music. As his more recent albums have traveled into darker, more extreme realms, he has craved something different for balance. By drawing a crooked line between DJ Premier, DJ Screw and DJ Rashad, Sasu Ripatti has emerged with the most accessible and unashamedly enjoyable album he's produced in years.

Benji B talks about his new compilation ‘Deviation Classics’